Subterranean Termites: What Every Homeowner Needs To Know 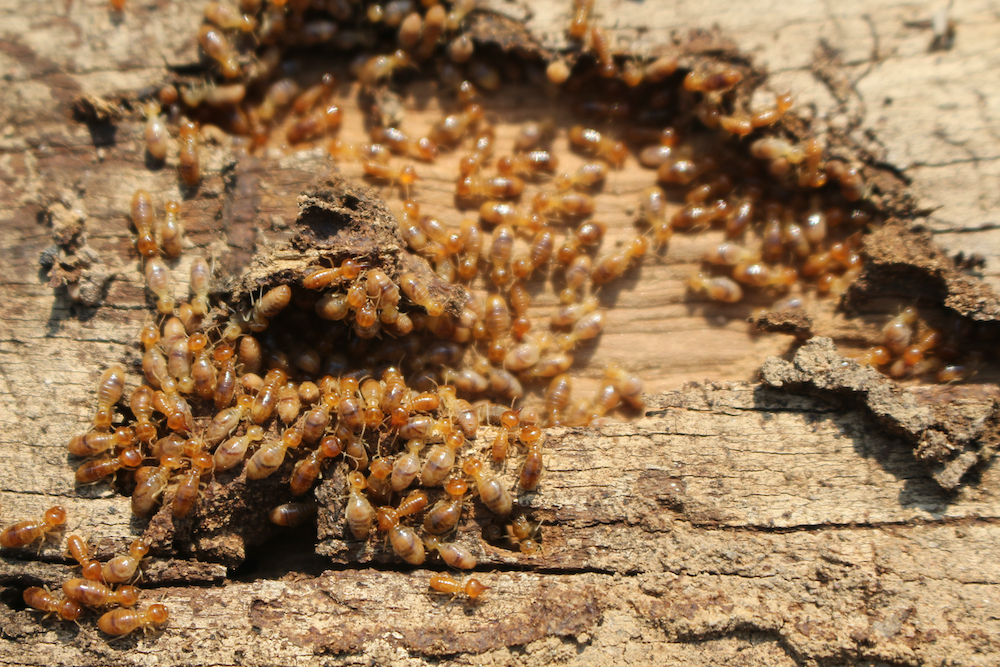 If there’s one type of pest that strikes fear in the heart of Minnesota homeowners, it’s the subterranean termite – and for good reason. These tiny terrors are responsible for more than 90 percent of all structural damage in the United States each year and the destruction they cause really adds up. In fact, based on numbers from the USDA, U.S. residents spend between $1 billion to $2 billion annually on termite control and repairs. That’s a pretty big chunk of change!

And according to Paul Bello, an Associate and Board Certified Entomologist with more than 40 years of pest control experience, what makes subterranean termites so insidious is that they’re cryptobiotic, a term that means “hidden life.”

“Unless you’re looking for them, you’re not going to see them,” said Bello, the owner and sole consultant of PJB Pest Management Consulting. “They’re not going to be overtly out there like when people see ants in their kitchen.”

What’s equally as scary is that subterranean termites only need a 32nd-of-an-inch gap to gain entry into your home. That means that any cracks, fissures or structural voids in your foundation are more than wide enough to allow them to get inside. That’s when the real trouble starts. 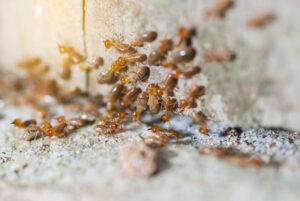 “Once they’re in there, they start feeding on your structural lumber,” Bello said. “In nature, subterranean termites are beneficial animals because they help break down big tree trunks and limbs into organic materials. The problem is that they don’t know the difference between a tree that fell down outside and the lumber in your home.”

After the subterranean termites get inside and realize your home is an acceptable food source, they get to work laying down chemical signals called pheromones to recruit more termites to join their new colony. At that point, your home can quickly become an all-you-can-eat buffet.

For Minnesotans, one piece of good news is that the cold, hard winter can slow down termite activity. However, Bello said, it won’t stop it 100 percent.

“Termites don’t take vacations,” he said. “The winter weather isn’t going to kill them. Mother Nature is clever. These animals have been around for millions of years and over time, their skills have evolved, making them very precise and successful at what they do.”

There are several possible reasons why Minnesota is seeing a spike in subterranean termite activity. One is that homes are being built in areas where these insects already exist and they’re now starting to make their way inside. Another is that termites are biologically hardwired to expand their geography and they’re gradually making their way into different areas and starting new colonies. But whatever the reasons are, it’s important for people to be vigilant when it comes to subterranean termites.

How do I know I have termites?

Seeing a termite swarm is a telltale indicator that you’ve got an issue. These swarms typically occur around windows because termites are attracted to light. Since swarmers don’t live that long, you might not end up actually seeing them flying around but later may discover their wings or their dead bodies piled up along your windowsill.

Another sign is the presence of mud tubes, which are typically the width of a No. 2 pencil and serve as a connection between underground soil and above-ground food sources. These tubes are built from a mixture of saliva, soil and bodily fluids and they serve to protect the termites from predators and dry air.

A few other indicators to be on the lookout for include an irregular, rippled appearance on the surface of drywall, sheetrock and moldings or peeling, buckling or bubbling on painted surfaces or wood flooring. Sometimes you can even hear termites making noise behind your walls. Pretty creepy, right?

Sadly, no matter what you do, there’s no way to completely prevent a termite infestation from happening. However, being proactive can prevent a minor problem from turning into a major disaster.

“Successful termite control is a journey, not a destination,” Bello said. “It’s an ongoing process.”

As such, it’s important to have an experienced team of pest control professionals on your side. They have the skills and knowledge to thoroughly inspect your home and because they know what they’re looking for – and where to look – they can identify problems that the average person might miss.

“When homeowners see termites, it’s often because they are visually obvious,” Bello said. “And by that time, you’re often looking at tens to hundreds of thousands of dollars in damage depending on the house.”

Therefore, whether you’ve lived in your home for a long time or you’re just now purchasing a property, it’s imperative to make annual termite inspections a part of your routine.

“The idea,” Bello said, “is to find telltale signs of termite activity before they cause horrific damage. We don’t want people to panic, but we want them to be knowledgeable because doing nothing isn’t a good strategy.”

Looking for a pest control company you can trust? Turn to Abra Kadabra Environmental Services. We’ve been serving the Minneapolis metropolitan area since 2005 and we’re dedicated to providing top-quality pest and wildlife control services to keep you and your family safe. Contact us at (763) 363-4351 or via email at info@abrakadabraenvironmental.com.