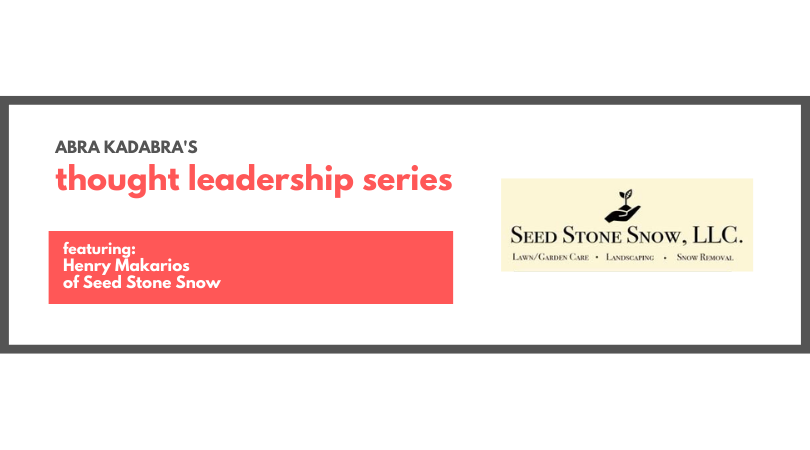 As a newly minted 19-year-old, Henry Makarios is fully aware how his generation is perceived, and he knows it’s generally not positive.

But then again, most of them aren’t like Makarios. In 2021, he and two of his friends launched their own landscaping business, St. Paul-based Seed Stone Snow, and while other people his age are sleeping all day and partying all night, he’s working hard to take care of his customers, market his offerings and grow his company.

“We’re trying to break the stereotype,” Makarios said. “We show up when we say we’re going to show up and we execute how we say we’re going to execute. Being able to do those things is very important because it shows that you’re true to who you are and you’re passionate about what you do.”

Makarios got into the landscaping field in high school, spending his summers working with his friends for a skilled native gardener. The hours were long, but they all enjoyed the challenge of planting perennial gardens and building walls, patios, staircases and paths. After honing their skills for several years, they discovered an opportunity to do their first job on their own so they decided to take a leap of faith.

“We got up the courage to tell our boss that we weren’t coming back and that we were going to try and do our own thing,” Makarios said. “Our mindset was that we know how to garden. We know how to build things. And as long as we stick with it and we follow through with our commitment, everything will work out.”

That’s how Seed Stone Snow was born and after working together on an unofficial basis, the three friends formed an LLC nearly a year ago. Now, they spend their days helping their clients achieve their landscaping goals by creating custom walls, softscape patios and paths. When it’s too cold for those jobs, they tackle snow removal. To Makarios, it’s all about being adaptable, willing to experiment and finding ways to step out of your comfort zone.

“I’ve always known that I was self driven and passionate,” he said. “And in launching our company, I’ve learned so much about what it takes to keep a business going and make it successful.”

If you’re thinking about going into business for yourself, here are a few of Makarios’s pieces of advice: