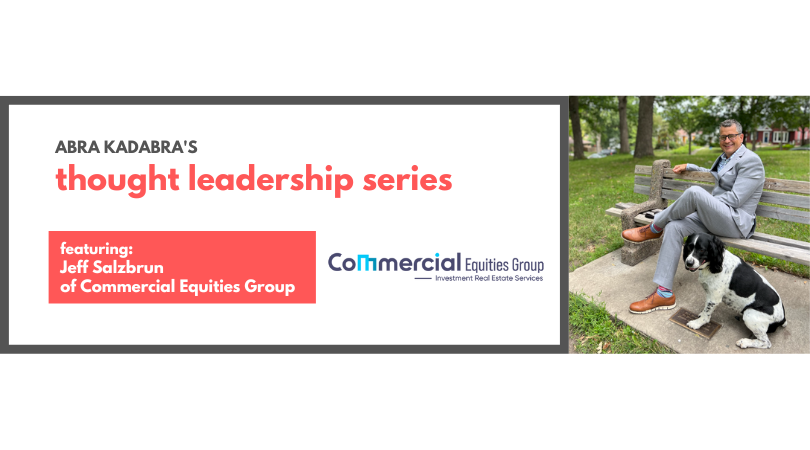 Jeff Salzbrun is someone who always roots for the underdog. Someone who believes in second chances. And someone who never shies away from a challenge.

Because of his tenacity and grit, he’s been able to thrive in the competitive field of commercial real estate. However, growing up in a blue-collar household and joining the Army right out of high school meant that his path to success would look a lot different than many of his industry peers. And that he’d have to work even harder to turn his dreams into realities. 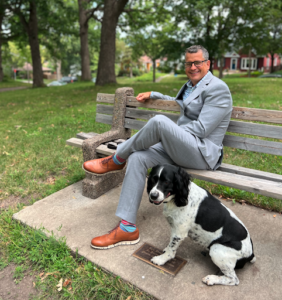 “This is very much a silver spoon business and a lot of people in it come from wealthy families,” said Salzbrun, the owner and broker of Minneapolis-based Commercial Equities Group. “My background isn’t the same, but now I’m one of the only veterans in commercial real estate who works on the bigger deals and I’ve become really ingrained in the brokerage community in town.”

To learn more about how Salzbrun got started, let’s rewind to the early 1990s. After spending several years in the Army and living overseas in Germany, he returned to Minnesota eager to pursue his goal of getting into the business world. However, first he had to get a degree so he began taking classes at St. Cloud State University. It wasn’t the easiest transition, but Salzbrun was determined to tackle it head on.

“Coming out of the military and going straight back to college was a huge ordeal in and of itself,” Salzbrun remembers. “But while I was there, I got extremely lucky and met one of the greatest mentors and all these years later, he’s still a mentor to me.”

He would work alongside that mentor, John Allen, the president and CEO of Industrial Equities, for 20 years. Under Allen’s tutelage, he gained a deep understanding of every aspect of the commercial real estate business.

“I was introduced not just to the acquisition side but also the leasing, the development and the management side. At such a young age, I was getting such tremendous insight into the business,” Salzbrun said. “Interestingly, though, a lot of my buddies had ended up at some of the bigger CRE companies in town and I thought ‘they’re probably in some specific training and I’m missing out.’ But in actuality, I was surpassing them because I was getting more thrown into the fire of the business.”

During his time at Industrial Equities, Salzbrun helped put up millions of square feet of commercial space, continued learning all the ins and outs of the business and eventually worked his way up to vice president of leasing and development. In 2010, with Allen’s blessing and support, he started Commercial Equities Group. He immediately partnered with another company but when Covid hit, he decided it was time to take CEG and run with it. And the response was overwhelming.

“It was then that I realized how much the seeds I had planted throughout my career had paid off,” Salzbrun said. “That so many of my clients followed me and continue to follow me and seek me out for advice has been incredible. It has reassured me that I have in fact actually learned something in this business and it’s been wonderful to have the opportunity to help so many people out.”

Being able to provide guidance and assistance to people of all backgrounds during their real estate transactions is why Salzbrun is passionate about what he does, and even after more than 30 years in the industry, he’s still excited to come to work every day.

“I love challenging deals and doing whatever it takes to help my clients,” he said. “And I’m really good at what I do.”

Having been in the business world for such a long time, Salzbrun has plenty of advice to share with other aspiring entrepreneurs and has mentored a number of people over the years. Here are a few of his thoughts and suggestions: