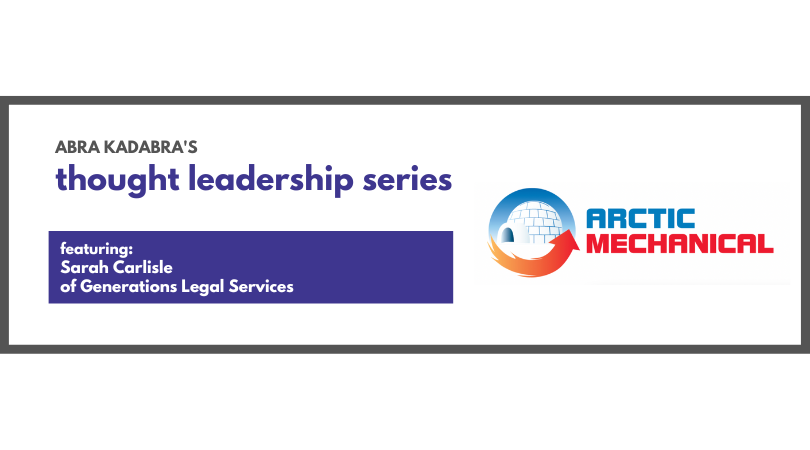 As the owner of Spring Lake Park-based Arctic Mechanical, Sarah Carlisle knows she’s in a unique position. And she couldn’t be more proud.

“It’s very exciting to be a female-owned small business leader in the HVAC industry because this is a field that is very, very dominated by men,” Carlisle said. “It’s an uphill climb in a lot of respects, but I really like the challenge.”

Carlisle has owned Arctic Mechanical since 2018, but prior to taking over the reins of the company her husband founded in 2009, she had a decade-long career as a social worker where she spent her days helping individuals and families. Being part of the HVAC industry wasn’t something she’d ever considered. However, once her first child was born in 2017, her outlook changed. She left the hospital setting she’d been working in and joined the team at Arctic Mechanical full time in a support role.

“I was doing a lot of the administrative work but as I grew into the field and learned more about HVAC, it became apparent to both my husband and me that I was going to be the one who would continue to take this business forward,” Carlisle said. “So we transferred the majority of the ownership of the company to me and that’s where we’re at now.”

With more than four years of leadership experience under her belt, Carlisle is more passionate than ever about her work and has developed a deeper understanding of why businesses like hers are so vital

Although most of us have embraced the concept of supporting women-owned businesses, we may not fully realize why it’s so critical. Here, Carlisle breaks down a few of the reasons that resonate most with her: